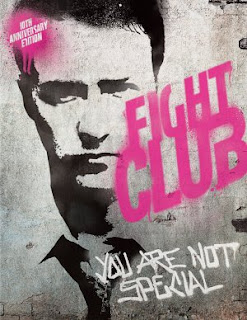 Oh, baby! I’m so excited to invite you to join me and Solyoga Trips for Bhakti In Bloom, a weekend eco-yoga adventure at gorgeous Sierra Hot Springs, this April 20-22nd. We’ll soak in ancient hot springs, rock out some killer vinyasa, and drink a little vino under the stars. Just say YES. Full retreat invitation here.

Escape the urban grind for a weekend of yoga, fresh air, and mountain blooms. Join bhakti flow yoga teacher Rachel Meyer and Solyoga Trips for a rustic, heart-filled, revitalizing springtime getaway melding music, vinyasa and philosophy amidst some of the most beautiful scenery in Northern California.

This is not your usual chi-chi yoga retreat. You can leave your fancy-pants at home. This one’s all about keeping it real, kids.

Gather with a crew of like-minded folks who just wanna get their bhakti on. We’ll sweat, we’ll chant, we’ll hike, we’ll soak our sore muscles in the ancient hot springs that have been revered as sacred for hundreds of years. Join Rachel for an unpretentious, rockin’, Bhakti Flow yoga-filled, back-to-nature weekend under the stars — the kind of retreat meant for real people who wanna get their yoga and their nature and their big sky on, all at once. Sierra Hot Springs is based at the cusp of a lush national forest and a beautiful alpine valley, blanketed with wildflowers. Leave your cell phone at home and get lost on the edge of 700 acres of enchanted forest. Trade your soul-sucking commute for a midnight soak in 24-hour plunge pools under star-studded skies, or rise with the sun for a daybreak hike before getting your asana on in the fresh air. Any way you look at it, here’s your chance to bloom.

We’ll do our part to keep things grounded and authentic and rich and real, offering four badass yoga practices rich with music and philosophy; delicious, lovingly-prepared meals; and even a chance to “book club” it up with a little vino, lots of irreverence, and Neal Pollack’s Stretch: The Unlikely Making of a Yoga Dude — but also giving you plenty of time on your own to get lost, to slow down, to unplug, to breathe, and to really soak up the hiking and the sunshine and the hot springs in their full springtime glow.

More on Bhakti in Bloom and the Hot Springs.

Friday, April 20th:
You are welcome to arrive anytime after 3pm on Friday.
5:30-7pm — Rockin’ vinyasa, followed by dinner

Sunday, April 22nd:
8:30-10:30am – Rockin’ vinyasa, followed by brunch
The retreat ends with brunch on Sunday, but you are welcome
to stay on the grounds until 5pm.

“The heart that breaks open can contain the whole universe. Your heart is that large: trust it. Keep breathing.”
Buddhist scholar Joanna Macy

Crack your heart open with Rachel in this special Valentine’s Day weekend workshop. Whether your heart feels rich with love or raw with regret, bring yourself — your whole self, your broken-hearted self, your questioning self, your most-hopeful self — to the mat for an afternoon of sweet heart openers, rich bhakti philosophy, heart-swelling melodies, and a whole lotta love. Rachel will guide you through a strong flow designed to breathe space and light into all the parts of your heart that might have shut down, tightened up, or closed off a bit over the years. Come for the sweat and the song; stay for the homemade heart-shaped bundt cake to follow.

Because it’s never too late to fall in love: with yourself, with one another, and with the world.

Open Your Heart with Rachel

This California girl is braving a prairie winter!!
It’s so much my pleasure to announce two upcoming vinyasa workshops in, yup, my old Great Plains stomping grounds. January on the prairie is the perfect time to build a little heat with a strong power vinyasa. Please join Rachel Meyer Yoga for a little Bhakti Flow, Nebraska-Style in Omaha:

We look to the light.

Yesterday morning I breezed through the tunnel under the Bay on my way to teach in Oakland, and the sun broke clear and radiant across the urban skyline. It left me singing the Gayatri mantra for the rest of the day. I downloaded Deva Premal’s stunning version and it lulled us into the meditative rhythm of Surya Namaskar A as that same sun set over North Beach last night.

And if that ain’t radically gorgeous, I don’t know what is.

Speaking of radical…we had a most incredible donation-based New Year’s Eve jam session at Flying Yoga. Still swimming in gratitude for the over-capacity crowd that turned up at sunset to do a little yoga to benefit the Bay Area Girls Rock Camp along the way. Thanks to y’all for showing up, and for being willing to pair your asana practice with a little Lenny Kravitz, a little Bell Biv Devoe, and a whola lotta love. We could’ve filled two classes that night. I’m already looking forward to next year.

The new year brings with it all kinds of fab artistic, life-giving projects. I am blessed by the sometimes-overwhelming opportunities to serve.

First off, did you notice that the ol’ blog got a facelift? Raw Rach is and always has been my beloved literary practice mat, but she was waaaay overdue for a makeover. Check her out when you’ve got a few minutes to kill at work.

Secondly, I’m proud to announce a very exciting new undertaking. I’ve been blessed to know my dear old friend and colleague Jennifer Kartiganer since we first met as fellow yoga philosophers some three years ago. She’s a remarkable creature, a true Renaissance woman, and I am over the moon that she has asked me to join her and several other most-incredible teacher-friends in launching a hot new studio in South Beach. OMpower will be based at 64-66 Townsend St., just down by the ballpark, near and dear to many folks I love. It’s a charmed space with radiant two-story ceilings and lots of light. We spent the holidays knee-deep in preparation, and I can’t wait for you to be a part of it, too. Stay tuned for more on that to come!

Finally, the month will bring with it a sweet return to the prairie. Nebraskans, I’ll be teaching workshops in Omaha and Lincoln the weekend of Jan. 20th-22nd. Please join me at one of three studios for a few hours’ of hip music, powerful vinyasa, and a lot of laughter. I’m looking forward to sharing the practice with you all in that desolate (and much-beloved) tundra that is the prairie in January.

In the meantime, please continue to join me at Urban Flow on Tuesdays and Thursdays 4:30-6pm. It’s such a beautiful space, resonant with sweat, breath, and song, and it has been so much my pleasure to share a few chants with you all there. Full teaching schedule here.

I look forward to seeing you on the mat soon.  Until then, so much love your way.  Tasmai Shri Gurave Namah.
Love,
R